Note: This is the first draw and tell story that I wrote. I think I wrote it in 2001. I didn't write another one until 2012. I managed to find this in a box of storytelling material in my basement. The reason I decided to dig it up was that it goes with this week's Flannel Friday theme. Children will guess the animal quickly so I suggest telling them to wait until the end of the story so everyone can shout it out together. 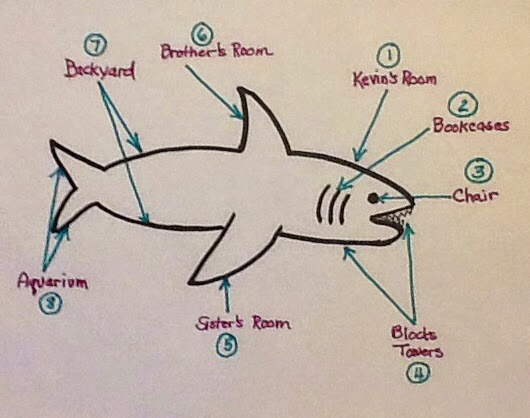 This week's Flannel Friday celebrates Shark Week and is hosted by Sharon of Rain Makes Applesauce.
﻿
Posted by Linda Meuse at 5:28 PM