This particular story takes a great deal of preparation but children love surprises so it's worth the effort. The inside picture can be simple or quite elaborate if you want by using clip art animals and colored markers.  You can use whatever animals you want. I used a cardinal, an owl, a squirrel, an opossum, a raccoon and a porcupine. You can also use two of each animal instead of six different ones. I will probably save my inside picture and simply glue it to another piece of paper when I want to tell the story again. The outside part is very easy to draw.

The story is about a little fir tree that stands firm against the wind and snow because it has a job to do. Once it is drawn in the winter version, the flaps are opened to reveal the animals taking shelter. In the Christmas version it is rewarded for its kindness when a special star shines upon it for it is Christmas night. After that star is drawn the flaps are opened to reveal the animals in its branches. The complete story and drawing instructions can be found as a Google document here. 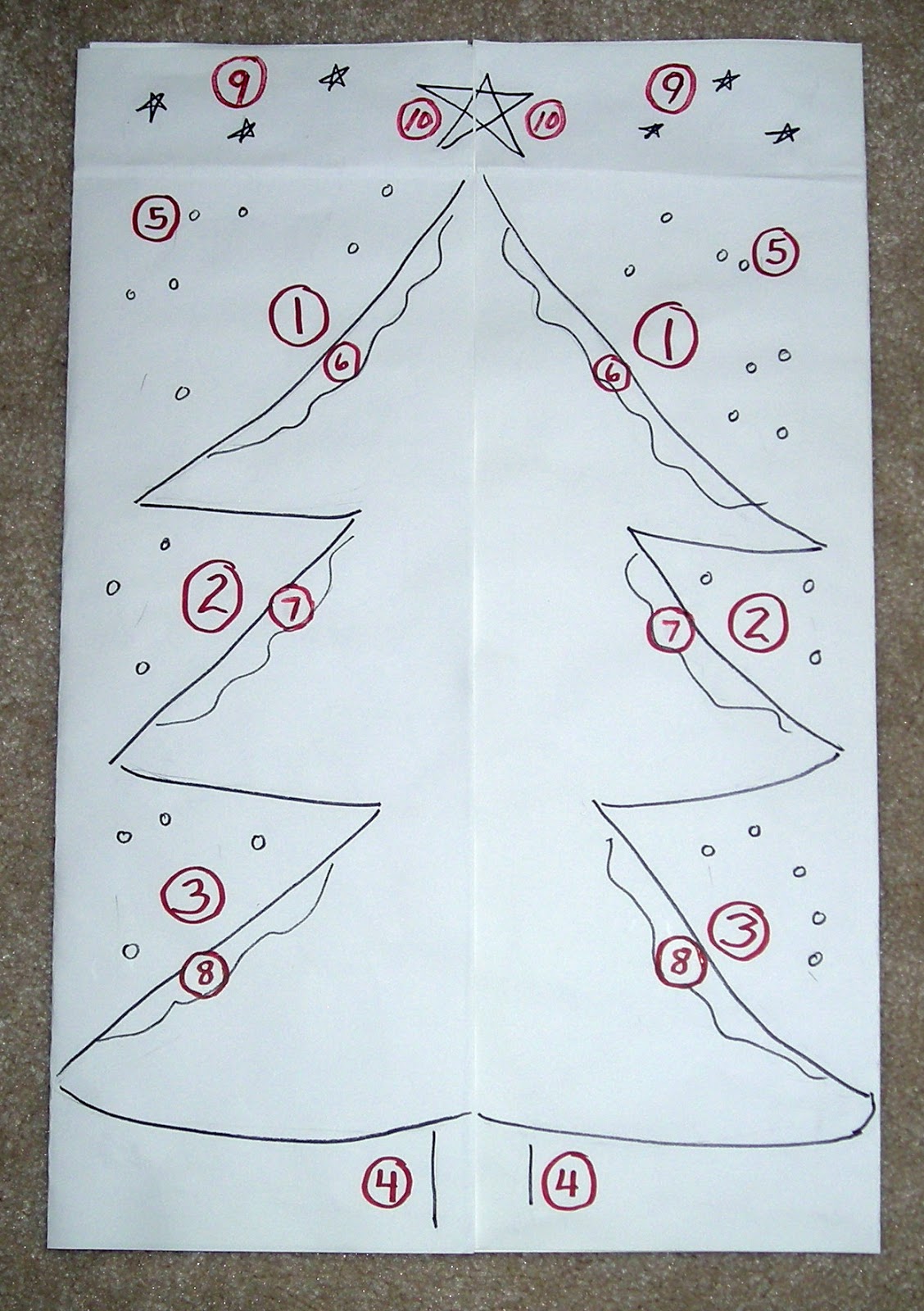 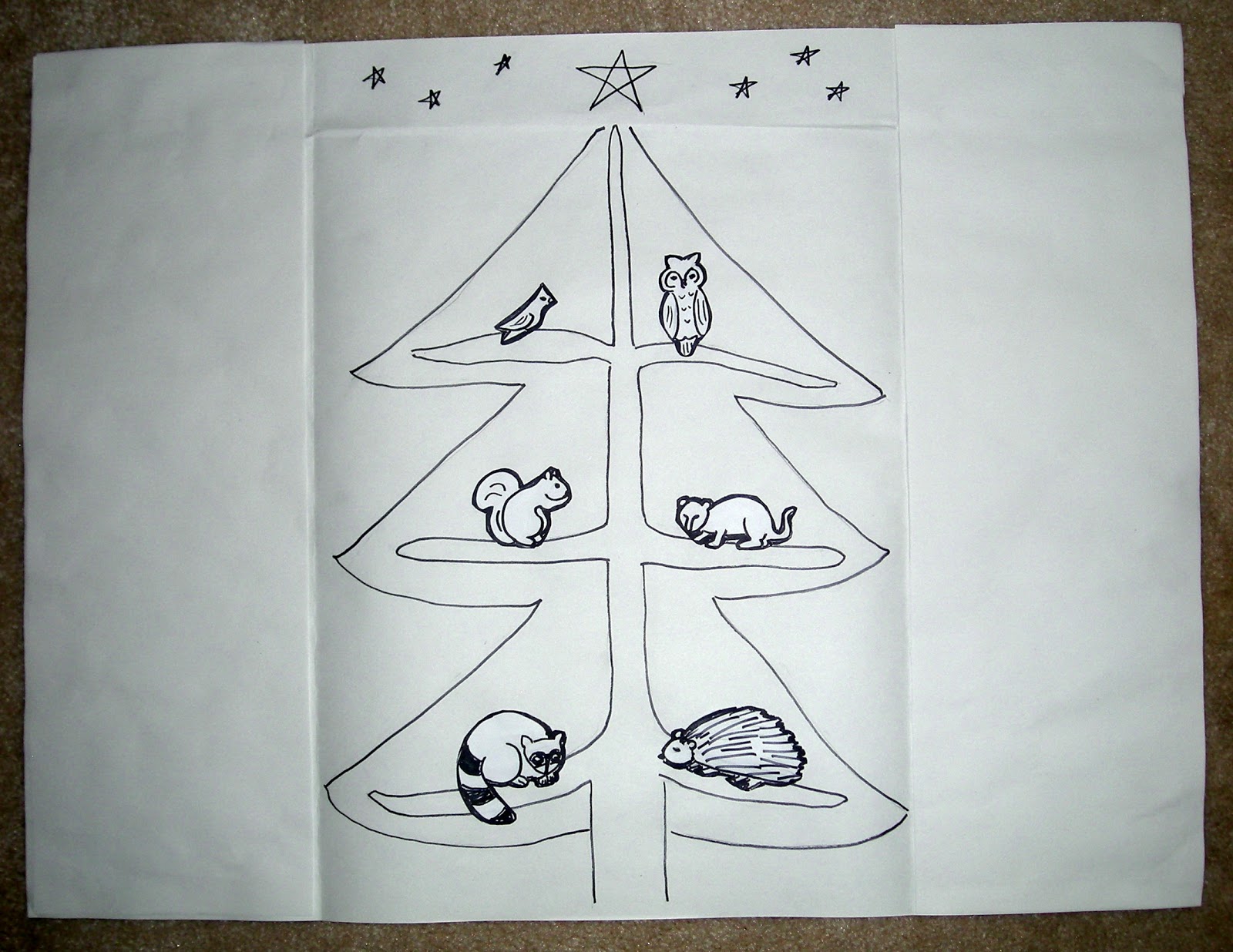