Something Special - A Valentine's Day Draw and Tell Story

Usually Harry liked having two sisters and a brother. There was always someone willing to play. However, sometimes it made things harder. Valentines Day  was one of those times. His brother and sisters seemed to think of better things to give their mom than he did. Hugh, the oldest, was giving her a heart-shaped balloon (1). Sarah made a beautiful heart-shaped pillow for her (2). Lisa was giving her a heart-shaped box of candy (3). Harry only had a card with a heart on it (4). He wanted to give his mom something else as well. It had to be something special.

Harry walked downtown to to look at all the store windows (5). They were decorated for Valentine's Day. Maybe he would get an idea. He walked up the street to the jewelry store (6). There were lots of pretty things in the window that he was sure his mom would like. Harry was also sure that the money he saved was not enough to buy anything there. He walked past more stores but didn't get any ideas (7). He walked up another block (8) and there it was, the perfect present. He had enough money to buy one. It was pretty and reminded him of spring. He knew his mom would like it too, so Harry ran into the store and bought it (9). 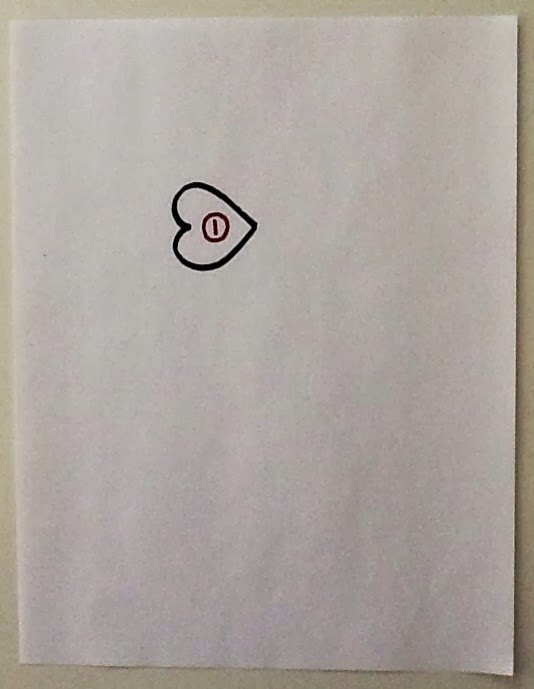 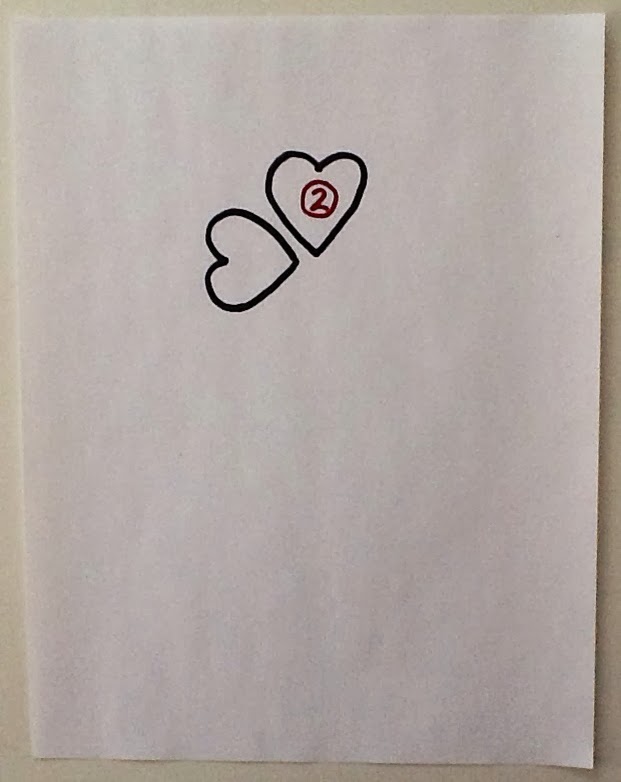 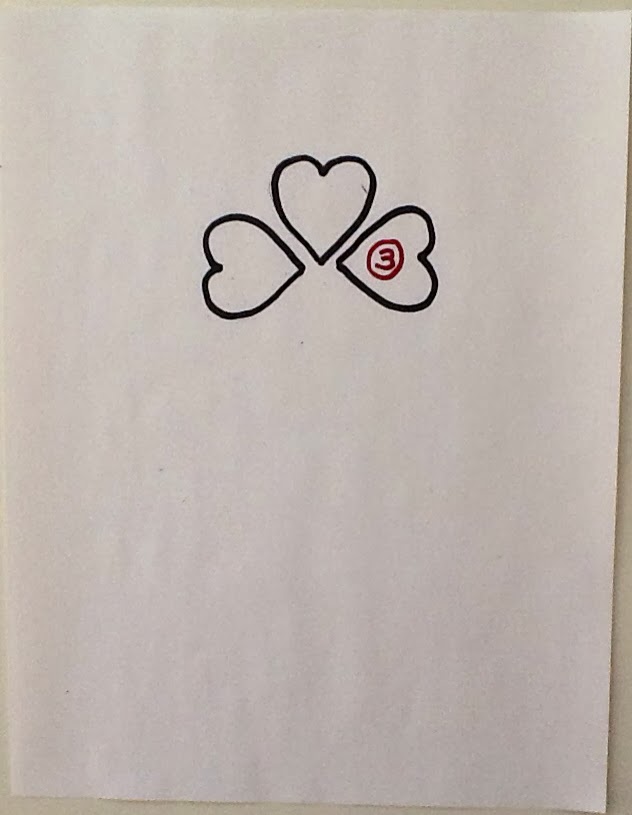 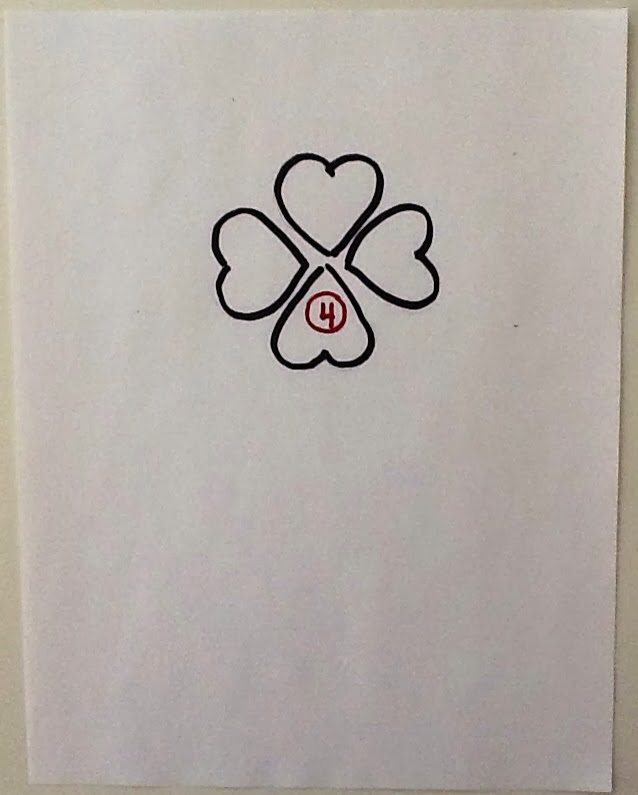 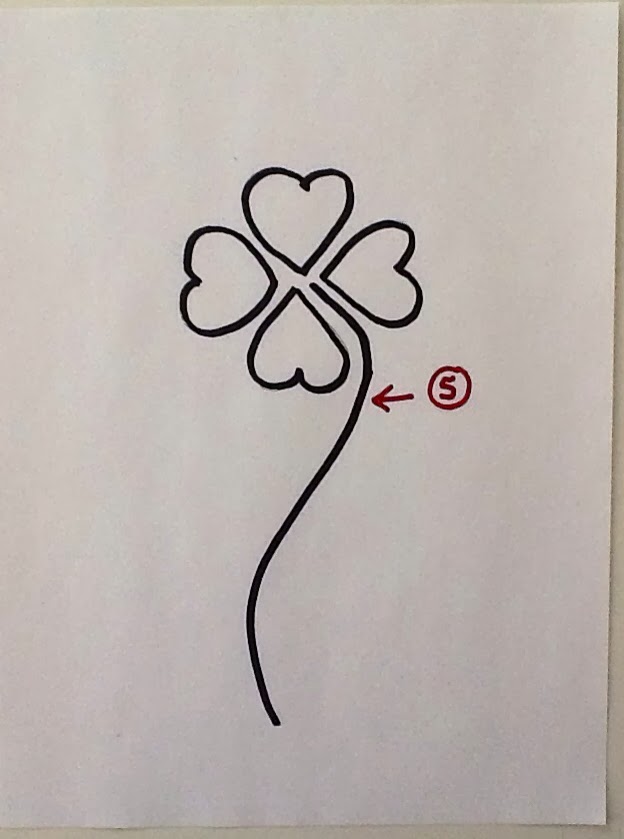 6. Draw first half of right leaf. 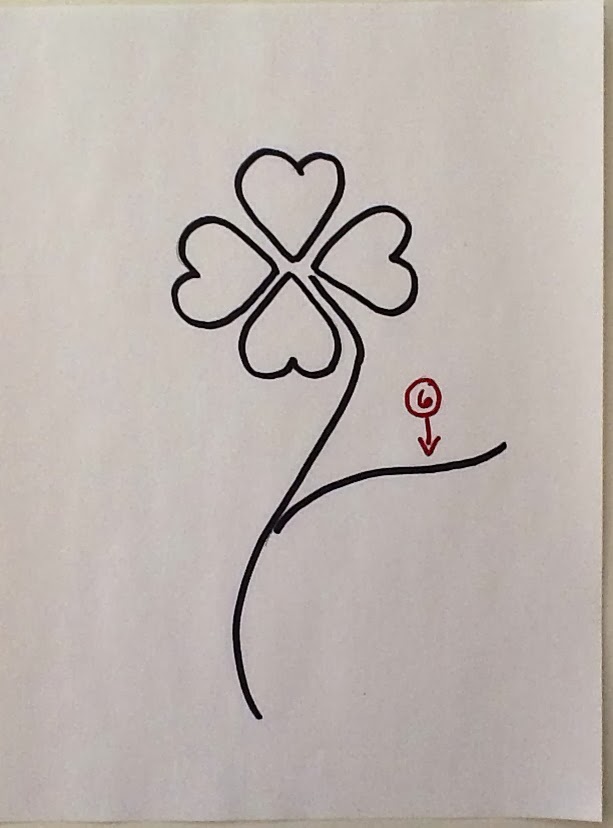 7. Draw second half of right leaf. 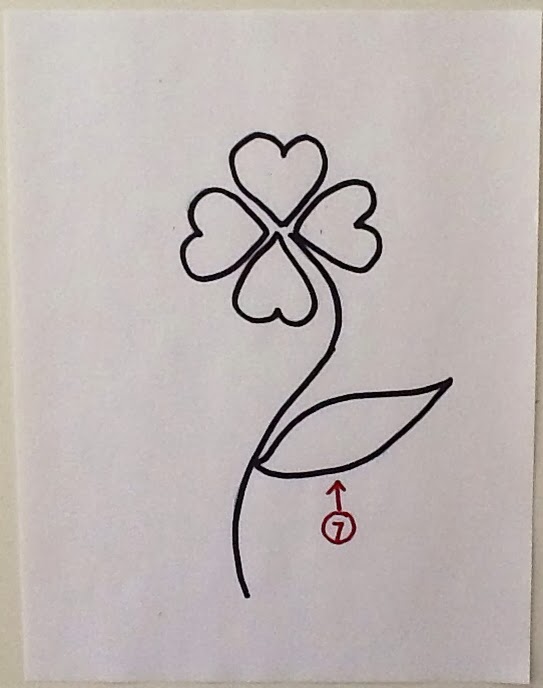 8. Draw first half of left leaf. 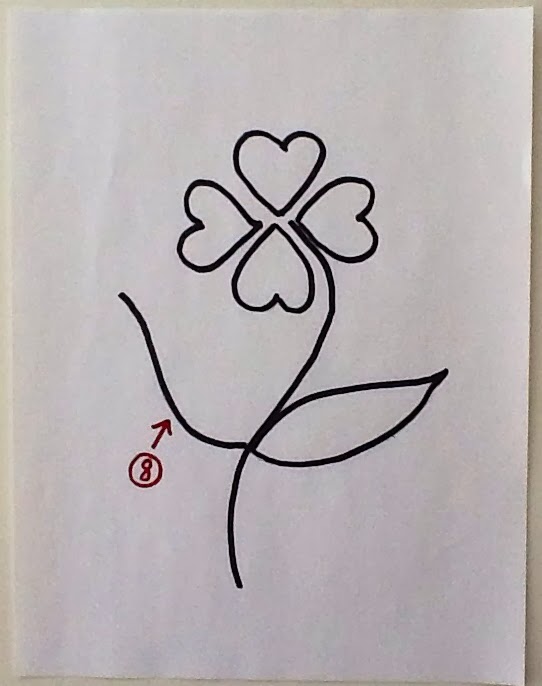 9. Draw second half of left leaf. 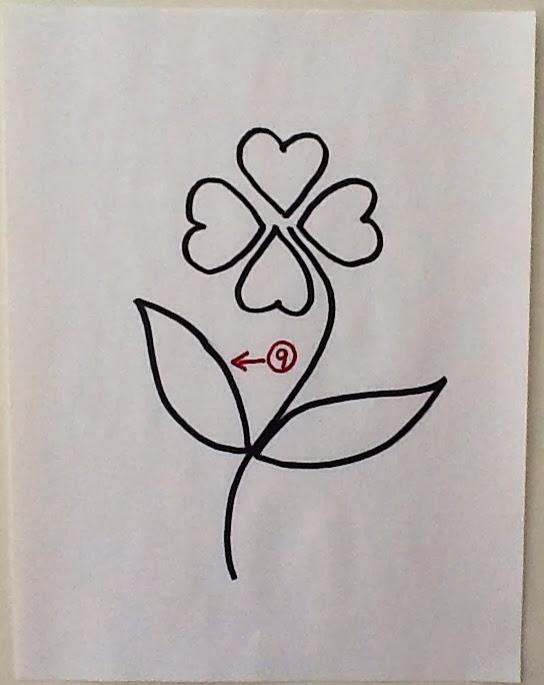 This week's Flannel Friday is hosted by Mel of Mel's Desk.
Posted by Linda Meuse at 1:13 PM